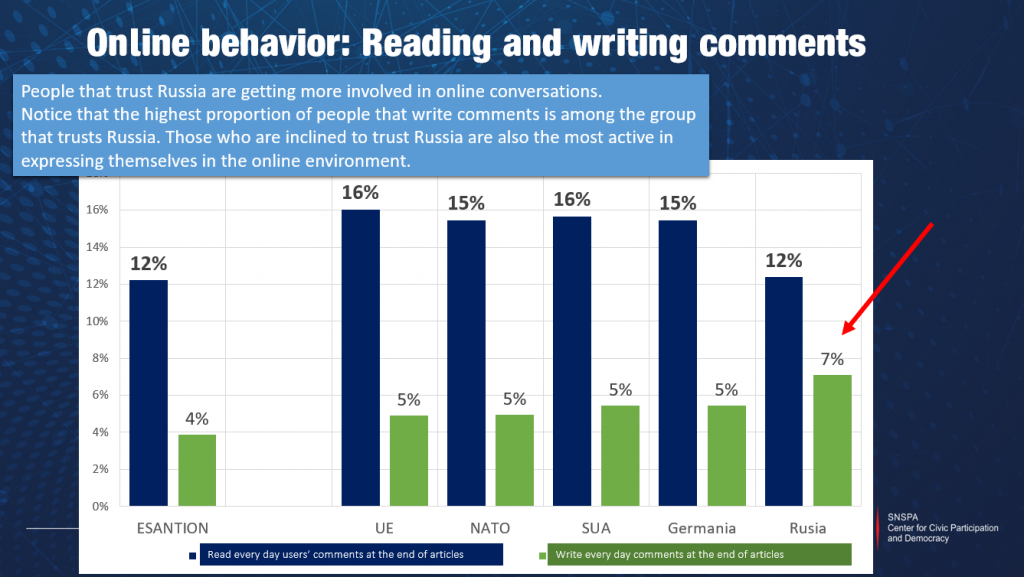 Anti-Western propaganda is increasing in the Eastern European countries. CPD@SNSPA is in the process of developing a regional project to monitor, evaluate and understand anti-Western narratives in the region, using different tools – classic surveys, and also data collected with new instruments, relevant to understanding the online communication. 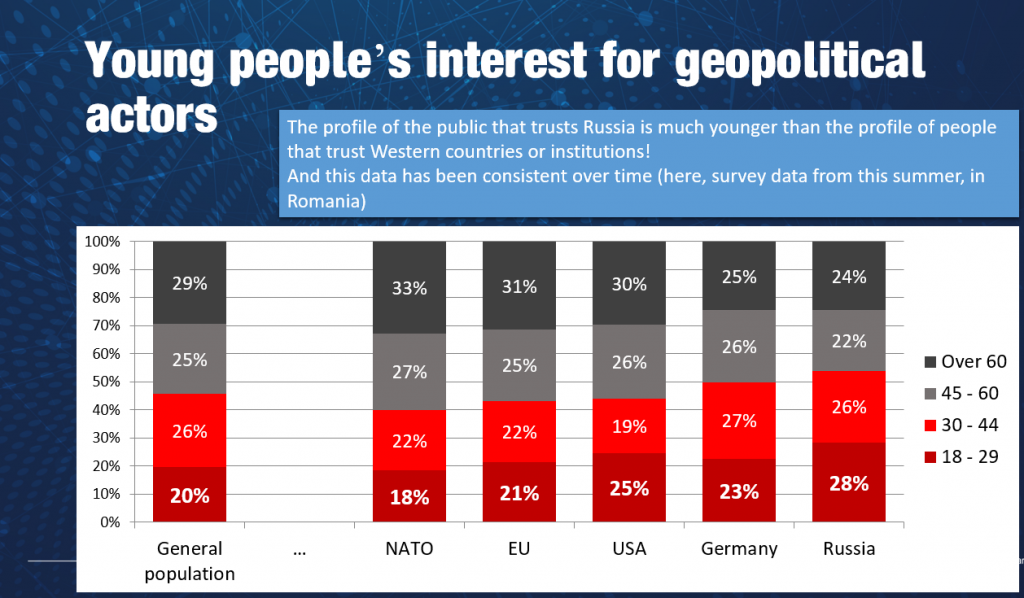 Our results show that the younger generation, in Romania, is vulnerable to anti-Western propaganda. The Romanians’ trust in the Western model remains firm, but its intensity shows signs of hesitation. “The West” is no longer a united front – not only as a geopolitical reality but also as a perception of the Romanian public. 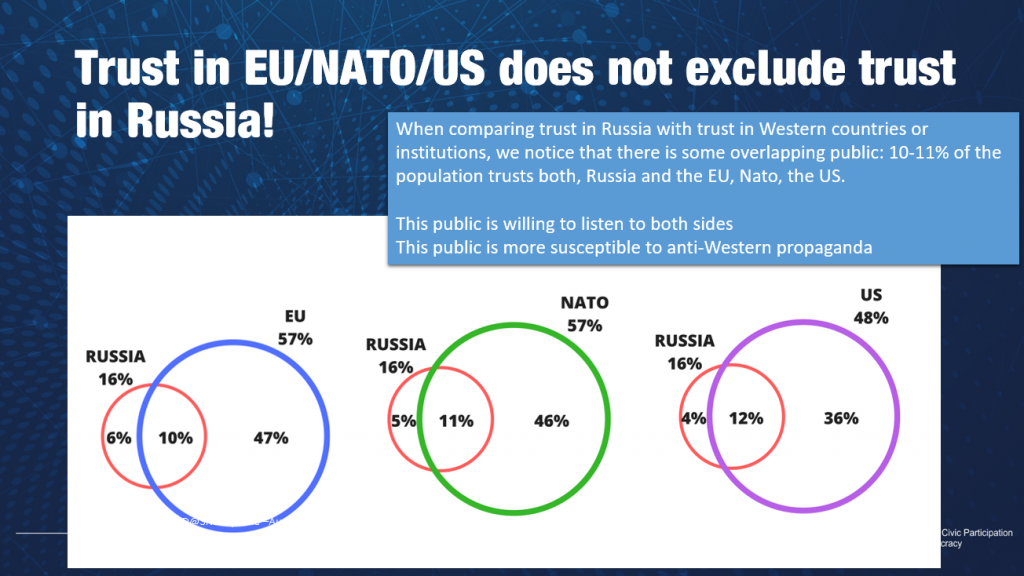 The pro-Russian Romanian are younger than the pro-Americans, more interested to communicate online, as well as more predisposed to civic participation. Younger people are less aware of the danger of Russian propaganda. And this one of the reasons to further research on the younger audiences and to counteract the anti-Western propaganda. 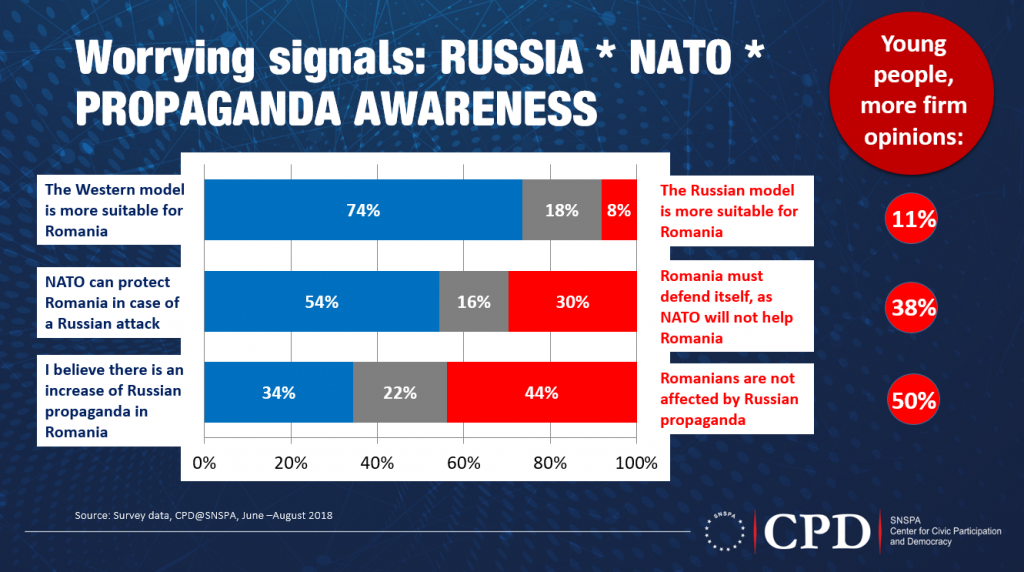 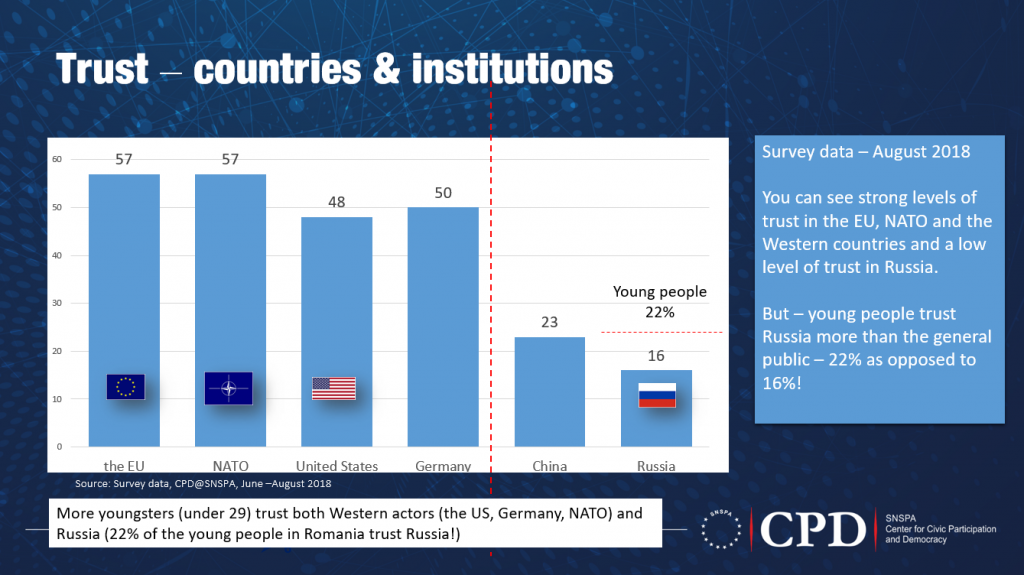 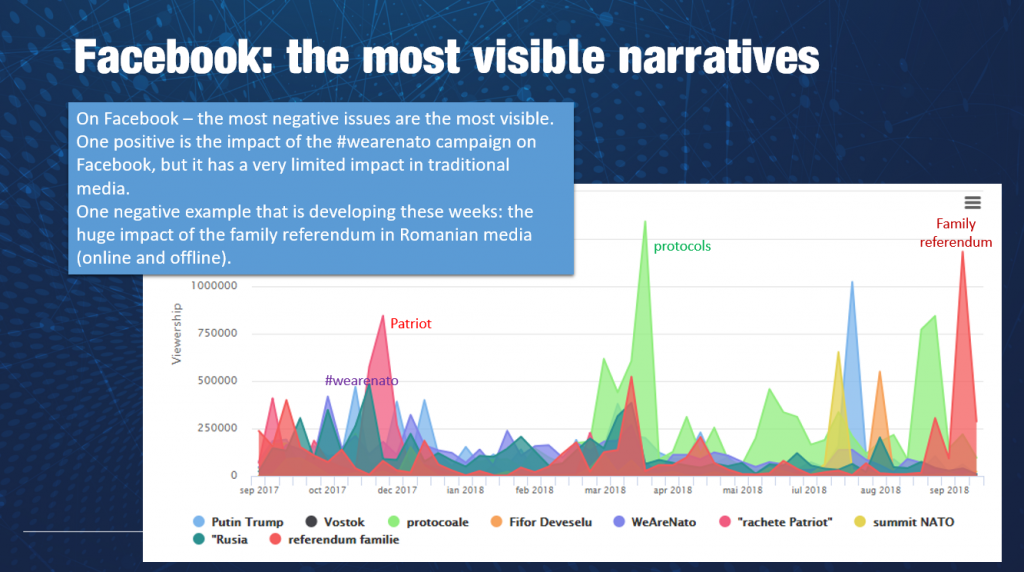 Ask for the entire study at office@civicparticipation.ro